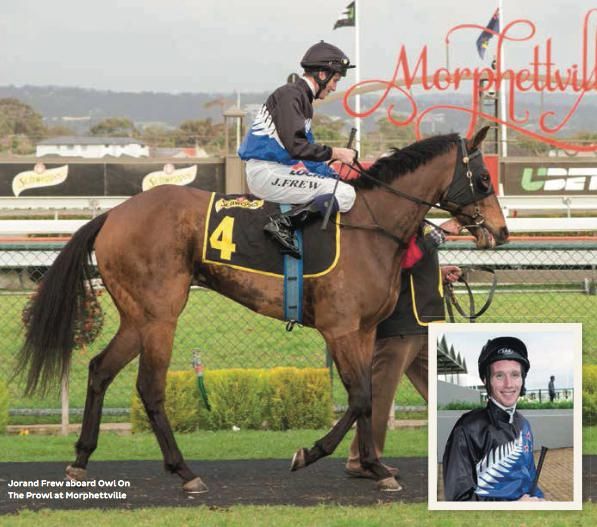 Legendary jockey John Letts is on record as saying that training horses is an even tougher assignment than riding them. If that’s the case, you have to wonder why Jordan Frew, who has been involved in the cut and thrust of competitive race riding for the past eight years, has opted to become the first South Australian to gain a dual training and riding permit.

It was an easy choice for the young man born into a racing family in New Zealand and brought up around horses just outside of Strathalbyn. Parents Heather and Kevin Frew are astute horse people and have proven their ability to get a horse right, with a particular ability for preparing jumpers. Frew was captivated from an early age – from a youngster in New Zealand, then in Sydney and Mount Gambier before the Frews finally settled in SA.

“Growing up, even as a younger kid, I always wanted to train horses,” Frew says. “I knew as I started to get heavier, I wouldn’t be able to ride forever and I’d be limited in the mounts I’d get, so training was not just a dream but a practical career choice.”

This article is taken from theracessa.com.au